Our Black neighbors, friends, and family members have been asking us to dismantle racism in ourselves for a long time.  “No More Killing” vigils sponsored by CVUUS and Showing Up for Racial Justice (SURJ) congregating at Middlebury’s College Park pre-COVID said NO to police brutality following George Floyd’s death.  Follow more below and here. Jean Terwilliger and Mike Greenwood led a common reading and discussion of Woke Racism by John McWhorter on the 2nd Wed of the month from Oct  to Dec at 7 pm in the Ann Ross Fellowship Hall with Zoom option available here. Acclaimed linguist and award-winning writer John McWhorter argues that an illiberal neo-racism, disguised as antiracism, is hurting Black communities and weakening the American social fabric.

Americans of good will on both the left and the right are secretly asking themselves the same question: How has the conversation on race in America gone so crazy? We’re told to read books and listen to music by people of color but that wearing certain clothes is “appropriation”. We hear that being White automatically gives you privilege and that being Black makes you a victim. We want to speak up but fear we’ll be seen as unwoke, or worse, labeled a racist. According to McWhorter, the problem is that a well-meaning but pernicious form of antiracism has become, not a progressive ideology, but a religion – and one that’s illogical, unreachable, and unintentionally neo-racist. He shows how this religion that claims to “dismantle racist structures” is actually harming his fellow Black Americans by infantilizing Black people, setting Black students up for failure, and passing policies that disproportionately damage Black communities.

Jean and Mike led a common reading and discussion of Caste: The Origins of Our Discontent by Isabel Wilkerson in early 2022. This Pulitzer Prize–winning, bestselling author of The Warmth of Other Suns examines the unspoken caste system that has shaped a number of countries including the United States and shows how our lives today are still defined by a hierarchy of human divisions.  They convened on the 4th Wednesday of the month from January through April 2022.

The first session began with introducing ourselves and our responses to the question, what do you hope to get from being in this book group? Generally, the book discussion format was consistent throughout their time together, but they easily adapted to changes anyone wanted to make. Jean and Mike invited dialogue with questions so you could share things that resonated or challenged you, or made you wonder or learned, or a question that arose. Participants of this group felt inspired to lead a series of discussions on how CVUUS can address the problems of a lack of affordable housing in Addison County starting in Dec 2022 and continuing on the first Monday of the month in 2023.

Jean and Mike led a common reading and discussion of Breathe: A Letter to My Sons by Imani Perry in early 2021. You can borrow a copy of it and many other books on race from the CVUUS Library (see below). CVUUS has conducted other common reads on race including White Fragility: Why It’s So Hard for White People to Talk About Racism by Robin DiAngelo and Just Mercy: A Story of Justice and Redemption by Byron Stevenson.

“We, the member congregations of the Unitarian Universalist Association, covenant to affirm and promote: journeying toward spiritual wholeness by working to build a diverse multicultural Beloved Community by our actions that accountably dismantle racism and other oppressions in ourselves and our institutions.”

WHERE DID THIS COME FROM ORIGINALLY?

Thanks to those who came to the congregational conversation on this following worship on Sun. Nov 20, 2022 and to subsequent discussions following worship in Dec and Jan leading up to a vote in Feb. See more on the 8th Principle here

How Racism Impacts UU’s and Our Congregation Study Group

Rev. Barnaby led a 5-session class every other Thursday 5:15-6:15 pm starting Thur Oct. 14 through Dec. 8 based on the UU Association’s Widening the Circle of Concern Report, an in-depth study issued in 2020 looking at how racism shows up within Unitarian Universalism.  Look for more here.

From Rev. Barnaby (April 2021): Beloveds, I won’t say much about Derek Chauvin’s conviction for the murder of George Floyd. My job as your minister is to say something bearing witness on behalf of Champlain Valley UU’s  on occasions like this. My job as a privileged white male in our society is to speak only after listening long and hard and reconsidering my – and our – connection to the systemic racism driving all of these events.

What I’m hearing that makes sense to me to share with you now are these few points: 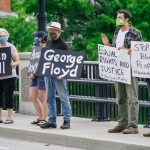 Showing Up for Racial Justice (SURJ)

If you are a white person reading this, please make a commitment to diving deep into the work of dismantling white supremacy in yourself, our community, and our world. Our Black neighbors, our Indigenous neighbors, our neighbors of color have been asking this of us for a long, long time. We are here to support you on this path. Attend our movie screenings at Middlebury’s Marquis Theater. Watch the weekly blast for invites to upcoming ones.

Here are some things to do to help us dismantle white supremacy inside ourselves. White people striving to be anti racist must do this internal work) 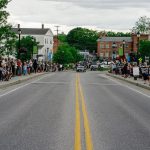 Working to dismantle internalized white supremacy is a lifelong endeavor. The work is never done. And in the same way that racist power structures have been constructed and reinforced over centuries, racism is not going to be dissolved this week or this year.
If you are a white person reading this, know that you are somewhere on the spectrum from those just waking up to these harsh truths, to people a bit further along on the journey. But every single one of us has work to do, and that work does not have an end. So we must work with love, to hold one another accountable, to encourage each other, and to demand better from our white colleagues, friends, and family members. Our Black neighbors, our Indigenous neighbors, our neighbors of color have been asking this of us for a long, long time. We are here to support your anti racism work.
For more, see https://www.cvuus.org/justice/black-lives-matter-ally-group/
For a perspective on policing, see this 2014 sermon by congregant Chris Mason, a Middlebury Police Officer
https://www.cvuus.org/services/heaven-is-where-the-police-are-british/

Lauren Wyeth, Director of Children, Youth and Family Ministries at First Universalist Church of Minneapolis
May 31, 2020 Message for All Ages
Lauren gives a really truthful yet tender telling of what happened to George Floyd and why people are so upset about it.  And she also offers really meaningful ways for families to respond on a small scale in our homes, our neighborhoods, or with our local officials.  Definitely worth a watch as a parent, to have some language modeled for a great way to talk with your own kids about what happened and why it’s important to take some kind of action as Unitarian Universalist.

Supporting Kids Of Color in The Wake of Racialized Violence: Part One(with a link to Part Two)

Still relevant, unfortunately, this very first EmbraceRace live conversation happened in July of 2016 in the immediate aftermath of the murders of Alton Sterling, Philando Castile and 5 Dallas police officers. We convened by phone and over 700 people joined the call. For this conversation, EmbraceRace co-founders Andrew Grant-Thomas and Melissa Giraud frame and moderate a discussion between child psychologist Dr. Allison Briscoe-Smith, educator Dr. Sandra Chapman, and a group of parents, teachers, and other caregivers concerned about black and brown children.

Talking with Children About Racism, Police Brutality, and Protests

Article that has concrete example of how to talk to kids of different ages about these topics.

Barbara Clearbridge wants to recommend a book to the CVUUS community which addresses how trauma, including racial trauma, is passed on from generation to generation. It focuses on three populations: white people (who have traumatized each other since the Middle Ages), black people, and the police, who are traumatized in their own way by observing traumatic incidents, by fear, and by their own actions. 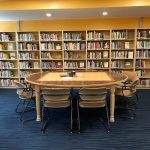 CVUUS Library offers reading lists here on race and other related topics. There is one list for adults and another for children. Visit the new library on the lower level of the Sanctuary or make arrangements through Artley Wolfson or the Office. We are happy to find a title for you and to receive your donations or recommendations for future titles.

My Grandmother’s Hands, subtitled Racialized Trauma and the Pathway to Mending Out Hearts and Bodies, by Resmaa Menakem, a black man from Cincinnati, takes a body-centered approach, saying that trauma is passed on through DNA and that we can heal our DNA. He puts forward a strong argument that we can’t end racial prejudice by only changing our minds because this prejudice, racial trauma, and hatred (of other and of self) is in our bodies and our culture. He gives practical suggestions for all three populations and for the interactions among us. Recommend it highly. By the way, in his acknowledgments, he thanks his brother, police officer Christopher Mason!

Resmaa was interviewed on Minnesota Public Radio about his new book to help us prepare for the race/identity (white supremacy) war that he says is already here and predicts will intensify between 2022 and 2025.  By prepare, he means to embody the trauma that we carry and learn how to settle ourselves as we experience cultural trauma. Listen to it here.

Juneteenth, official name of federal holiday Juneteenth National Independence Day, also called Emancipation Day, Freedom Day, Jubilee Day, Black Independence Day, and Juneteenth Independence Day, holiday commemorating the end of slavery in the United States, observed annually on June 19. Juneteenth is celebrated on Sunday, June 19, 2022. In 1863, during the American Civil War, Pres. Abraham Lincoln issued the Emancipation Proclamation, which declared more than three million slaves living in the Confederate states to be free. More than two years would pass, however, before the news reached African Americans living in Texas. It was not until Union soldiers arrived in Galveston, Texas, on June 19, 1865, that the state’s residents finally learned that slavery had been abolished. The former slaves immediately began to celebrate with prayer, feasting, song, and dance. More here.