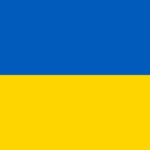 View a recording of Middlebury College’s “United for Ukraine” Concert from 4/24/22 here. It was an extraordinarily moving program featuring Middlebury Community Chorus which includes several singers from CVUUS.

As  we are all painfully aware, the situation in Ukraine is not getting any  better; with several months into Russia’s invasion, there’s no clear end in sight. As of April 10, almost 700,000 Ukrainians crossed the border into Romania  and 7.1 million are internally displaced. Behind the figures lies unimaginable suffering that only grows as humanitarian needs increase. For most of May 2022, we collected $3,283 for Providence Charity of the Hungarian Unitarian Church referred to us by Neil Chippendale. You can contribute to this UUA Faithify supported project through CVUUS or online here.

For the last week of May, we collected $328.50 for Razom for Ukraine, a relief effort designated by Diana Herasim, a Middlebury Union High School exchange student from Kherson, Ukraine. Her city is occupied by Russians and her family is in hiding. 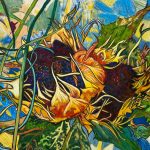 CVUUS’s Flower Communion on June 12 paid homage to Ukraine by planting sunflower seeds to take home. The UU tradition of flower communion has its roots in Eastern Europe. The service featured Chris Murphy explaining the sunflower artwork of a Ukrainian artist raising funds for relief efforts.

CVUUS hosted a public vigil in our Sanctuary on Wednesday March 2, 2022. This was a time for sharing concerns, compassion, and music (one reason it is scheduled right after choir practice). This was an interfaith (and no faith) event open to the wider community. 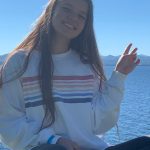 Speaking priority was given to Ukrainians and those among us with relatives there, such as Diana Herasim (pictured), a Middlebury Union High School exchange student from Kherson, Ukraine. Her city is occupied by Russians and her family is in hiding. We also heard from Masha Makutonia, a recent Middlebury College graduate from Odessa living with her international host family in Middlebury.  Since the war broke, she and about 4 other MiddKids from Ukraine have been meeting, strategizing, networking with amazing UWC alums and advocates, channeling their desperation into constructive action.  Along with others, they’ve vetted news sources, composed communications to US officials, advocated in public forums, and identified appropriate organizations worthy of receiving donations that will do the most good. See the link to such resources here.

In addition to the music CVUUS provided, we welcomed others to perform their sharing rather than speak it.

We welcomed 77 people and recorded it. We had a few technical glitches, but you can still hear many parts in our YouTube post here. 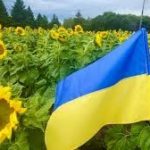 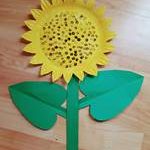 Children attending our religious exploration class during Sunday’s worship service made sunflowers to display in our windows in solidarity with Ukraine.

In acknowledgement of our pain at these current events, here’s a poem written by a Unitarian Universalist colleague, the Rev. Robin Tanner. Blessed be and peace be with you, Rev. Barnaby

Middlebury Union High School students of SCHOR assembled in response to the continuing heartbreaking news from Ukraine shortly after our vigil.

Pray to Be Brave when Fear Is Catching You

“We have to be brave because of the children.”

She is clear-eyed, flushed and leaning against a steel column in a subway station.

One child sleeping against her leg,

Fixed on his resolute, rosy-cheeked mother.

To be clear to speak truth.

She offers sunflower seeds to the Russian soldier

Before she curses him

She reminds him that he will die for a dictator

Who asks him to betray their humanity.

She levels her eyes to this young man to remind him

She could be his grandmother, she unarmed and ready to fight.

Take this truth, if you will die here, remember the flowers will grow again.

To endure when the waves crash over your head.

Always with a long slim cigarette

Even as she moved the hand mixer

The meaning of chocolate cake with raspberry sauce

At the rosy-cheeked mother.

The weary lines that hid a world war

And the endurance in the ocean of grief, to mix, bake, find life in depression.

To resist even if your name will never matter.

Ordinary people who in a moment

Grabbed a coat, made a sign, and stood in the public places

Knowing they will disappear

And who resist because some day, they will say, “not all the people were silent.”

To love enough to cry and kiss the head of your child, filling their pockets with sunflower seeds as they board the last bus out of town.

Hands pressed to windows as one last ritual of love

We may not see the sunrise

But someday when the sunflowers bloom

They will return to harvest seeds again

To feel the warmth of sun

And to sit quietly before the arching open bursts of yellow,

That mark the memory and prophecy.

“We have to be brave because of the children.”

Pray for the truth, also;

Pray to remember that love

That can never be